Here's where i stand on the subject matter...

Can you be Pro-Black & in a interracial relationship.. Well to me there is no BLACK or WHITE answer (see what I did there). To come to any type of solid conclusion you have to 1st ask..What does being "Pro Black" mean ? To where such a title means to simply PUT BLACK FIRST and be FOR anything BLACK. So if that is the answer to that question it would seem like the initial answer would be NO ... you can't PUT BLACK FIRST and not DATE BLACK or MARRY BLACK because you are essentially contradicting the answer, BUT then there is "you cant help who you like" which is true. I grew up in a somewhat diverse environment (Chicago's West Side & Suburb)  where I got to experience MORE then just BLACK and those who had a similar environment will probably be more inclined to say YES you can be PRO & DATE outside your race .

I think it all comes down to intentions... Historically successful BLACK men have dated WHITE WOMEN because those women are seen largely as a grand prize of sorts. An accomplishment much like everything else in this world. Also white women seem to be more submissive then "sassy sistas" which is A WEAK REASON to date a white woman (but thats another blog) ..

It is an achievement of sorts to obtain something "WHITE"

"White girl wasted.." "White folks money.." and when doing something outside the ordinary like camping.. "Thats some white folks sh*t" 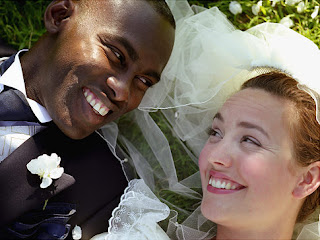 So why is now that when we see Pro-BLACK figures with women of other ethnicities they are given a pass..,EASY because they are PRO BLACK .. See when you date outside your race & that sig other os SUPPORTIVE of your stance then that person becomes what you are .. PRO BLACK they are FOR YOU AND FOR YOUR PEOPLE but when you date outside your ethnicity because you feel like they aren't enough or inferior then your entire being comes into question.

It is important that as a black man i show an example of Black on Black LOVE and for this reason my PRO BLACK ASS will marry a BLACK WOMAN .. as a culture we are spread a little too thin. There is little to NO exclusivity among us. What has been for us is now for EVERYBODY ELSE and therin lies the problem. We need more Will & Jadas.. Bey & Jay ..Barack & Michelles... nothing wrong with the Jordan Peels and Gambinos of the world Im just saying that we need more examples of US...FIRST