Prayers up for Rich The Kid! 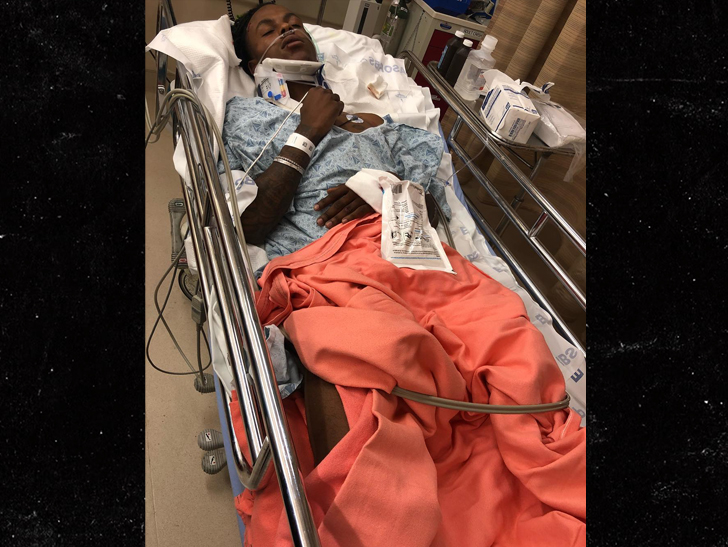 On June 14, according to tmz, Rich the Kid was﻿ attacked and robbed at gunpoint in Los Angeles .

Sources close to the rapper tell us he was at his girlfriend Tori Brixx's home Thursday night when two masked men entered demanding cash and jewelry. We're told Rich tried to fight them off, and that three more men came into the home brandishing guns.

"Y'all can feel how y'all want to feel. My kids could have been going to their dads funeral just bc of this dumb ass girl." She penned in a post on her Instagram story. "I just want this to be known when I see @toribrixx I'm beating her ass bc b-tch you know you set him up.” - Rich The Kid's estranged wife

Tori Brixx felt the need to plead her innocence after being accused of the set up via Instagram live.

"I'm disappointed because I ain't set nobody up. At the end of the day if I ask Rich for it, he would have gave it to me, that's how much he fucks wit' me. I don't got to ask nobody for no chain.. I've got my own money let's keep that in mind." - Tori Brixx